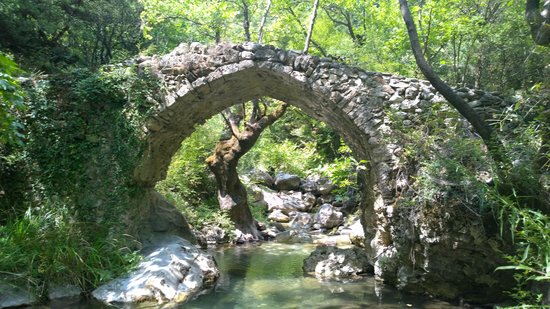 Porto Heli is ideally located for day trips to a variety of interesting places. By car you can also explore Hermione, Koilada and other traditional villages.

Interesting places otherwise are the old fishing town of Porto Heli, the cosmopolitan area of St. Aemilianus with the picturesque chapel, the famous cave Frachthi on Koilada, windmills in Kranidi, caves near the village Didyma, the monastery of Agioi Anargyroi and “AVGo” monastery.

Spetses
An historic island in the Saronic Gulf Argo, full of pine trees and with a population of about 3,500 people, most of whom are mainly engaged in tourism, construction and fishing. Surrounded by the small picturesque islands Spetsopoula, Micro Bourboulon and Agios Giannis, Spetses is one of the most popular year-round destinations for both Greek and foreign tourists. On Spetses the use of cars is banned.

Hydra
Idyllic Hydra “the artists island“, is regarded by many as one of the best preserved and traditional of the Greek Islands. Take stroll around the cozy streets or sit down at a tavern and enjoy a cup of Greek coffee. Because the island only has two cars, namely garbage cars, there are no disturbing noises. All transport of goods and people happens with donkey and mule.

The ancient theather of Epidavros

The theater at Epidavros is approximately 40 km from Porto Heli and the shrine of the Greek God of healing, Asclepius.  The site is of one of the best preserved amphitheatres in Greece. They have an excellent museum and the old dramas are being shown in the amphitheater (in different languages and with different theaters)  during July and August.

Nafplion, capital of Greece in the 19th century, with its mix of Venetian, Ottoman and neo-classical buildings are a delight to the eye and is only 90 km away. The view from Palamidi fortress towering over the city is formidable and you can either go up the 999 steps or running most of the way up and climb the rest on foot.

Mykenae is about 100km from Porto Heli, and is the place to find the Tomb of Agamemnon and the famous Lion Gate. There is a trail through the ruins to the top of the castle where there is a breathtaking view of the surrounding area.

Epidavros, Mykenae og Nafplion can be combined on one day excursion either through an organized trip by pre-book a taxi or rent a car. For more information about these and other sites of archaeological interest in Greece, see the Greek Ministry of Culture website: www.culture.gr.

Corinth is a bit further away but still only a half hour driving through a beautiful landscape. In addition to the old town where St Paul preached and the museum which houses the findings from this, it is worth exploring the famous Corinth Canal there.

Whether you choose to rent a car or take the regular boats are Athens just over 2 hours away. Here you can experience the famous Syntagma Square where Parliament and the Unknown Soldier tomb is located. Academy and the city proud University passed on the way to The Panatenske Stadium where the first modern Olympic Games took place in 1896. The architectural masterpiece Acropolis, built in the 5th century BC, is considered one of the world’s wonders and simply must be experienced. Man turns off admiration and awe when you see the dimensions and the harmonious proportions of the edifices. Are you moving to the very top you will have Athens at your feet with an unforgettable view. Athens area of Plaka is also well worth a visit with its many cafes, small shops and markets. In the more modern district of Athens you will find a bustling crowds and large selection of shops.